2. Turn in any direction you like, caste is the monster that crosses your path. You cannot have political reform, you cannot have economic reform unless you kill this monster.

3. Religion is for man and not man for religion

4. These will suffice to show that the emancipation of the mind and the soul is a necessary preliminary for the political expansion of the people.

5. Religion, social status and property are all sources of power and authority, which one man has, to control the liberty of another.

6. True calm and the self-possession of the mind is properly obtained by the constant satisfaction of the body’s wants.

8. For myself I shall find as much pleasure in a positive destruction of my own ideology, as in a rational disagreement on a topic, which, notwithstanding many learned disquisitions is likely to remain controversial forever.

9. The basic idea underlying religion is to create an atmosphere for the spiritual development of the individual.

10. Lost rights are never regained by appeals to the conscience of the usurpers but by relentless struggle… Goats are used for sacrificial offerings and not lions.

11. Nothing is infallible. Nothing is binding forever. Everything is subject to inquiry and examination.

12. I measure the progress of a community by the degree of progress which women have achieved.

13. Once you clear the minds of the people of this misconception and enable them to realize that what they are told is religion is not religion, but that it is really law, you will be in a position to urge its amendment or abolition.

14. It must be recognized that the Hindus observed caste not because they are inhuman or wrong-headed. They observed Caste because they are deeply religious. People are not wrong in observing Caste. In my view, what is wrong is their religion, which has inculcated this notion of caste.

15. A bitter thing cannot be made sweet. The taste of anything can be changed. But poison cannot be changed into nectar.

16. I refuse to join with them in performing the miracle—I will not say trick—of liberating the oppressed with the gold of the tyrant, and raising the poor with the cash of the rich.

17. Life should be great rather than long.

19. Everything, you see, is impermanent.

23. Constitution is not a mere lawyer’s document, it is a vehicle of Life, and its spirit is always the spirit of Age.

24. Democracy is not merely a form of government. It is primarily a mode of associated living, of conjoint communicated experience. It is essentially an attitude of respect and reverence towards fellow men.

25. Nationalism is an irrational instinct, if not a positive hallucination, and the sooner humanity got rid of it the better for all.

27. Untouchability shuts all doors of opportunities for betterment in life for the Untouchables. It does not offer an Untouchable any opportunity to move freely in society; it compels him to live in dungeons and seclusion; it prevents him from educating himself and following a profession of his choice.

29. Indifferentism is the worst kind of disease that can affect people.

30. A great man is different from an eminent one in that he is ready to be a servant of society.

31. Humans are mortal. So are ideas. An idea needs propagation as much as a plant needs watering. Otherwise, both will wither and die.

32. Men do not become a society by living in physical proximity any more than a man ceases to be a member of his society by living so many miles away from other men. Secondly, similarity in habits and customs, beliefs and thoughts is not enough to constitute men into society.

34. Democracy is not merely a form of Government…It is essentially an attitude of respect and reverence towards fellowmen.

35. On the other hand, every Hindu is taught to believe that his civilisation is not only the most ancient but that it is also in many respects altogether unique.

37. A safe army is better than a safe border.

38. Though, I was born a Hindu, I solemnly assure you that I will not die as a Hindu.

39. The relationship between husband and wife should be one of closest friend

40. Religion, social status, and property are all sources of power and authority which one man has, to control the liberty of another.

41. So long as you do not achieve social liberty, whatever freedom is provided by the law is of no avail to you.

42. Equality may be a fiction but nonetheless one must accept it as a governing principle.

43. One cannot have any respect or regard for men who take the position of the reformer and then refuse to see the logical consequences of that position, let alone following them out in action.

44. I like the religion that teaches liberty, equality and fraternity.

45. Constitutional morality is not a natural sentiment. It has to be cultivated. We must realise that our people have yet to learn it. Democracy in India is only a top-dressing on an Indian soil which is essentially undemocratic.

46. For a successful revolution it is not enough that there is discontent. What is required is a profound and thorough conviction of the justice, necessity and importance of political and social rights.

47. For every act of independent thinking puts some portion of an apparently stable world in peril.

48. Without equality, liberty would produce the supremacy of the few over the many. Equality without liberty, would kill individual initiative.

49. History shows that where ethics and economics come in conflict, victory is always with economics. Vested interests have never been known to have willingly divested themselves unless there was sufficient force to compel them.

51. If you ask me, my ideal would be the society based on liberty, equality and fraternity. An ideal society should be mobile and full of channels of conveying a change taking place in one part to other parts.

52. Any Government which denied this elementary right of freedom of speech and freedom of action did not deserve allegiance from the people.

53. Cultivation of the mind should be the ultimate aim of human existence.

54. The path of social reform like the path to heaven at any rate in India, is strewn with many difficulties. Social reform in India has few friends and many critics.

56. Political tyranny is nothing compared to the social tyranny and a reformer who defies society is a more courageous man than a politician who defies Government.

58. Slavery does not merely mean a legalised form of subjection. It means a state of society in which some men are forced to accept from others the purposes which control their conduct.

61. Caste has however done one thing. It has completely disorganized and demoralized the Hindus.

62. If I find the constitution being misused, I shall be the first to burn it. 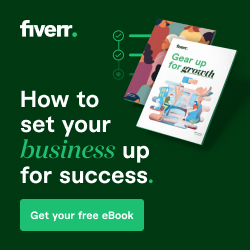